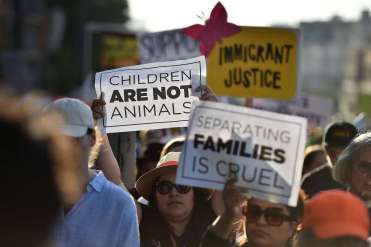 There was a great church pianist and composer studying in Chicago who was known throughout the Midwest as Georgia Tom. He was scheduled to help with a revival at a large church in St. Louis about a month before his wife was due to have their first child.He was afraid to leave her so close to the due date, but he was committed to fulfill the promise he made to the church over a year earlier.

As soon as he got off the train in St. Louis, someone handed him a telegram which read: “Congratulations, you are the father of a new baby boy. However, it is with deep regret that we inform you that your wife died during childbirth.”

He boarded the next train back to Chicago. Overcome with grief, he arrived at the hospital to hold his new born baby in his arms—however, shortly after he arrived, this little boy, the only part of his wife that he would ever be able to hold again, passed away in his sleep.

Georgia Tom took a leave of absence from his studies, and his ministry. He moved to South Carolina where he did little but grieve. It was sixth months before was able to sit down at the piano and compose a song. When he did, these first words that he wrote and set to music were the following:

Precious Lord, take my hand. Lead me on, help me stand. I am tired, I am weak, I am worn. Thro’ the storm, thro’ the night, Lead me on to the light. Take my hand, precious Lord; lead me on.

Georgia Tom, or Thomas Dorsey, as evidenced by this wonderful hymn and a long-life lived in dedication to God, knew what the disciples knew about Jesus. That Jesus is the one who helps us overcome our fears. Jesus is the one who helps us get through the storms of life, get through the night time of our fear into a peace that is beyond all understanding.

In today’s lesson, Jesus and the disciples are in a boat. It is night, a dangerous time to be on the sea. And sure enough, “a great gale arose, and the waves beat into the boat, so that the boat was already being swamped.”

The fearful disciples cry out to Jesus who is sound asleep on a cushion in the stern: “Teacher! Don’t you care that we are perishing?”

Of course Jesus cares. He wakes up and stands up. He immediately rebukes the wind and speaks against the waves. And a miraculous calm settles over the sea.

This is what Jesus does. When we call on Jesus in the stormy nighttime of our fear, it may take time, but if we allow him to take our hand like Thomas Dorsey did, a miraculous calm will settle over us.

This is what makes our scripture lesson this morning so strange. After Jesus rebukes the wind and speaks against the waves, after he brings a miraculous calm, notice that the disciples are still afraid.

The NRSV’s translation is not quite strong enough here in verse 41.  Mark says, literally in the Greek, that the disciples not only feared, but they “feared a great fear.” After Jesus calms the storm, the disciples become more afraid than ever.

It is then Jesus asks: “Why are you afraid?” I’ve stilled the storm. I’ve calmed the waves. Why are you, even now, afraid? And then, fearing a great fear, the disciples begin to ask one another, “Who is this that even the wind and the waves obey him?”

The disciples were afraid, but now they are afraid for a very different reason. I believe it’s a very different kind of fear. First, there’s the fear of the death-dealing storm. Death, divorce, disease in a thousand different ways, the storms of life come. You receive a grim diagnosis. A good friend loses their job. A child dies. Winds are howling. Waves are crashing. And we cry out to Jesus, “Do you not care that we are perishing?”

Jesus cares. He wakes up, stands up, rebukes the wind and speaks out against waves, and all is calm. And the disciples have never been more afraid.

This is the fear that comes with waking up to the realization that when any of God’s children are perishing, it is God who is calling the disciples to care, to wake up, to stand up and rebuke the winds of injustice, to speak against the waves of violence.

If they want to stand with the Most High, the God of Abraham, Isaac and Jacob, then they must stand with the sojourner in their midst, with the vulnerable, with those who mourn and grieve, with all who hunger and thirst for justice.

If they want to be welcomed by God, they must first learn to welcome little children.

And with that realization, the realization that they must always be on the side of the underprivileged and the powerless, comes the fear of the push back that will surely be coming their way by the privileged and the powerful. This is the persecution that Jesus points out in the beginning of this chapter when he compares those who acquiesce to evil to avoid persecution, or those who are seduced by power and wealth, to seeds falling on rocky soil.

While I was on vacation, I was asked countless times: how are things going your new church? And each time, I responded the same. Things are great! I love my church!

But perhaps the best way I could have responded to this question is this: “How are things going at the church? Well, to tell you the truth, it’s a little scary. The truth is that being a member of the First Christian Church is downright frightening. And being the pastor of such a church, well, it’s like fearing a great fear!”

However, it is not what you think. It is not so much because people are sick or people are dying.

For you see, First Christian Church are people who believe God, the creator of all that is, is wide awake in our midst. Christ is here rebuking and speaking out against the storm. But at the same time, he’s shaking things up. He’s stilling the waters, but he’s also rocking the boat! He’s recreating and resurrecting. He’s making all things new. He’s creating a brand new world: a world where every human being is loved equally, where no humans are called “animals” or an “infestation,” where justice rolls down like waters and righteousness like an ever-flowing stream. He’s creating a world where no person, whether they live in Idaho, Texas or Central America, should perish but have eternal life. He leads us out of one kind storm only to lead us directly into a different kind of storm!

Jesus leads us into the storm that he forecasted when he said:

49‘I came to bring fire to the earth, and how I wish it were already kindled! 51Do you think that I have come to bring peace to the earth? No, I tell you, but rather division! 52From now on, five in one household will be divided, three against two and two against three (Luke 12).

In other words, Jesus says to his disciples: “Because you care, because you are awake, because your love for people has no borders, because you stand on the side of the perishing (the poor and the marginalized), not only will you be on the opposite side of the flourishing (the rich and the powerful), but members of your own family may shun you, turn against you. For righteousness sake, you will be persecuted in ways that you never thought you would. Good friends will betray you. People you respect will forsake you.”

So you see, during these very serious times, being a part of a church that is committed to following the way of Jesus can be a most frightening venture.

But here’s the good news. When Jesus cared, woke up and stood up, rebuked the wind and spoke against the sea, I believe another realization came: This way of Jesus, this way of inclusive, sacrificial love, has the power to literally change the world!

When we follow the way of Jesus, when we care, wake up and stand up, rebuke the wind and speak out against the waves the whole world can change.

When we care, wake up and stand up, rebuke the wind and speak out against the waves by standing with children, an immoral and inhumane immigration policy can be reversed.

When we care, wake up and stand up, rebuke the wind and speak out against the waves by standing with poor people, then poor people can receive affordable housing, healthcare and education. They can earn fair living wages.

When we care, wake up and stand up, rebuke the wind and speak out against the waves by standing with the oppressed, discrimination of every kind will be defeated and liberty and justice will come for all.

O God, we have come here this morning because we are trying to love you.

You have certainly loved us.

You have come into the storms of our lives, touched our fevered souls, healed our diseased spirits and stilled our troubled, restless hearts bringing us a peace beyond understanding.

Yet, in coming to us, in loving us, you also give yourself to us in all your awe-inspiring glory. You shake the foundations of our lives. You stride forth, calling us to walk with you, no matter where you go. Thus we fear.

We want to love Christ, but we also fear that he may be more of a Savior than we really want!

One thought on “It’s Getting Scary”