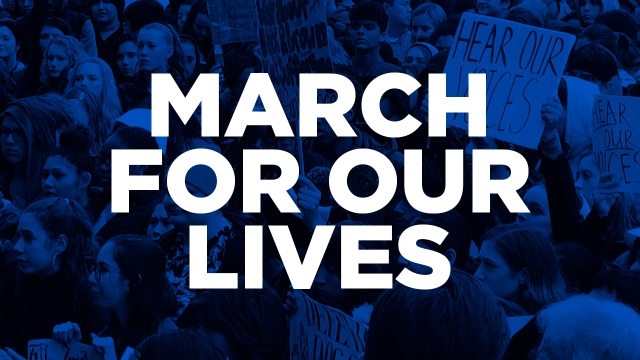 I have a confession to make. I got more than a little down dejected last Sunday morning. Looking at the empty pews last when so many were out on Spring Break got me thinking: “What in the world are we going to do to get more people to come to church here?”

And planning for this Sunday when we celebrate Jesus’ triumphant march into Jerusalem also got me thinking: “Everybody loves a parade!” Maybe that is what our church needs. A good parade!

Now, some may argue that many churches these days already look like some type of parade.

Then there are other parades. Although no candy is thrown, these parades just have a way of making us feel good. They put us in a good mood. Nothing gets some of us in the Holiday Spirit like the Macy’s Thanksgiving Parade.

Then there are military parades. They show off a well-trained, well-conditioned army marching in step with tanks and missiles with nuclear warheads to show the world who’s the strongest and the greatest, whose citizens are the safest, most protected, most secure.

Just like some people go to church to get something that makes them feel a little more superior than others. They also go to be protected from all sorts of evil. And they go for some eternal security.

But on this Palm Sunday, we are reminded that there is another kind of parade. And it’s a parade that marches to the beat of very different drum.

Nearing the end of his life, Jesus, the savior of the world, paraded into Jerusalem to liberate God’s people, not on some white war stallion, but on a borrowed donkey; not with a well-trained, well-conditioned army, but with a gang of rag-tag students who had no idea what they were doing or where they were going.

The late Henri Nouwen, one of my favorite authors and pastors once said, that to much of the world, this parade looked “downright stupid.”

For Jesus marched to a difficult beat that pushes against the status quo, that pulls us out of our comfort zones, that challenges our instincts.

As the crowds waved palm branches and shouted “Hosanna! God save us!” Jesus answered their cries by marching to a beat of sacrifice. Although he knew he would be killed for it, Jesus kept marching forward with a scandalous love and an offensive grace.

Yes, bouncing in on the back of a donkey, Jesus marched to the beat of a very different drum.

During the Fort Smith Marathon, several of you made and held up signs to cheer on the runners who made their way down Free Ferry. Some of your signs were very creative. One read: “You Are Running Better than the Government.” One of my favorite signs that I see people holding in nearly every marathon reads: “Worst Parade Ever.”

If we are honest, this is our initial reaction to this Palm Sunday parade. The people cry “Hosanna! God save us!” And here comes God, riding in on a donkey!

It is not a parade of pleasure. It is parade of agony.

And although the route of this parade brought Jesus to the capital city, this parade was not good news for the rich and the powerful, the self-important and the self-sufficient.

This parade was good news for the poor, the suffering, the marginal, the prisoners—for all who thirst and hunger justice and compassion.

This march was good news those who had been left out and left behind: For sinners condemned by bad religion; For women, children and minorities silenced by the privileged; For the broken cast aside by society; For all those who are unable to march: the blind, the disabled, the mentally ill, the wounded and the sick. For all who realize that they need salvation.

I have heard it said that what America needs right now is a good parade. On this Palm Sunday, I agree.

However, we do not need a parade led by tanks and missiles with nuclear warheads asserting that military might is the answer to our problems.

We need a parade led by one riding a donkey asserting that selfless love is the answer.

We need a parade that emphasizes that what this nation needs is more humility and less arrogance, more respect and less name-calling, more empathy and less callousness, more acts of kindness and less talk of preemptive military strikes.

We need a parade led by our savior who rides a donkey!

And if we are honest, we would confess that this parade is not easy for us accept. Look at verse 16: His disciples did not understand these things…” The truth is: neither can we.

Those great theologians of our time had it right: “You can’t always get what you want, but if you try sometime, you might just find, you get what you need.”

I may want these pews to be full every Sunday morning, even during Spring Break. However, for us to be the church that God is calling us to be, worship service attendance on Sunday morning will never be as important as how we are worshiping God with our selfless service the rest of the week. How we march through these doors today is not nearly as important as how we are marching outside of these doors tomorrow.

Spending an entire day with our youth, teaching them how to use power equipment for a mission trip that you plan to lead them on this summer, is a sign that we are marching in the steps of the one who rides a donkey.

Making sandwiches for college students who are building affordable housing for the working poor is evidence that we are marching in the steps of the one who rides a donkey.

Selflessly giving our time, our resources, and ourselves marching downtown to feed the hungry; marching across town to sit down and share a meal with a group of another faith; marching to the capital to stand up against gun violence, to cry out against injustice and corruption, to speak up for the care of God’s creation; marching down the road to extend mercy to someone who is broken; marching across a room to perform a small act of kindness to a stranger, marching out in the darkness to be a friend to someone who is afraid, marching everywhere we go to love all of our neighbors as we love ourselves—

These are the markers that we are the church God is calling us to be.

Let us pray together.

Lord Jesus, as you entered Jerusalem, you did not look like the Messiah that we expected, bouncing in on the back of that donkey,

Lord Jesus, when you stood before Pilate and his inquisition, you did not sound like the Lord of Lords.

Lord Jesus, as you hung in agony on the cross, you did not look like the Kings of Kings.

Lord Jesus, help us to see you, even when you do not look like the God we wanted.  And make us realize through your strong presence that who you are is all we will ever need, now and forever.  Amen.

Come. Come and find your place at this table.

All are invited, and all means all.

Come and share a very humble meal that in the eyes of many looks downright stupid.

But this is the feast God imagines –

where peace and salvation can be experienced in a simple loaf of bread and in one cup.