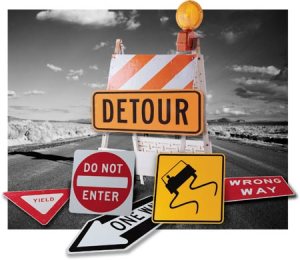 Jesus was passing through Jericho where he encountered a man named Zacchaeus. He was a chief tax-collector, and because of that, because he most certainly took advantage of the poor, he he was rich. Possibly feeling as though he was outside of the boundaries of God’s love due to his sins, he was desperately trying to see who Jesus was, but on account of the crowd he could not….

We know the rest of the story. To see Jesus, he takes a risk, he goes on on a limb, figuratively and literally. Jesus finds him in a tree, tells him to come down, and salvation comes to not only him but to his entire house.

But what stands out for me is: “He was trying to see who Jesus was, but on account of the crowd he could not…”

For I believe this begs the question: “Are there people today who feel outside of the boundaries of God’s love due to their sins, who are trying to see who Jesus is, but on account of the crowd, they cannot?”

This question reminds me of another one of Luke’s stories: a story in Acts about an Ethiopian Eunuch who asks Peter if there is anything preventing him from being baptized, from truly discovering who who Jesus is.

I believe Acts chapter 8 has much to teach us on this subject, especially for us trying to do church in the 21st century.

One obstacle that I believe stands in the way of people coming to Jesus is that we have forgotten our call to “Get up and go.” In the 1950’s, we in the church grew accustomed to people coming to us. For variety of social and cultural reasons, all churches had to do to attract a big crowd was to open their doors and turn on the lights. There was a great church construction boom in the 1950’s, as the prevailing church growth mentality was “if you build it, they will come.” And people came, partly because they had nowhere else to go. Most people stayed home on the weekends. Going to church and to mama’s house afterwards for fried chicken and cornbread if you lived in North Carolina or chicken-fried steak and gravy if you lived in Oklahoma after church was the highlight of their weekend, if not their entire week.

Now, I don’t think we should beat ourselves up too bad for wanting to only mix with our type of people. It may be part of our human DNA. It may be some inborn, instinct of survival. Fear the different. Beware of the other. Trust no foreigner. Avoid the outsider. So we instinctively put up these barriers, all sorts of obstacles.

Consequently, Luke tells us that the Spirit had to urge Philip to get up and go to the chariot to see this Eunuch from Ethiopia. Go against your natural inclination but going to this chariot and meet this strange foreigner; this victim of bad religion who had been ostracized from the community of faith; this one demeaned and exploited for his sexuality; this one who has been clobbered by the Bible by those who arbitrarily pick and choose scripture passages like Deuteronomy 23:1 that says they are forbidden to enter the temple; this one who has been taught his entire life that he is despised by God. Go, Philip, and meet him where he is. Do not stand above him or over him. Do not judge him or condemn him. Join him. Get into the chariot and sit beside him. Ride alongside him. Engage him. Listen to him. Learn from this other, this stranger, this foreigner.

I believe baptismal pools in the church are dry today, because the church simply refuses to be urged, encouraged and persuaded by the Spirit to go out with love and grace and meet people where they are, especially people considered to be outsiders.

Philip meets the Eunuch who was reading from the book of Isaiah. This is not surprising. For this is one of the most hopeful books in the Hebrew Bible for those who have been marginalized and disenfranchised by the church, for those who feel despised by God. Imagine the hope that burned in this Eunuch’s heart when he read the following words we find in Isaiah 56:

Thus says the Lord:
Maintain justice, and do what is right,
for soon my salvation will come,
and my deliverance be revealed.
Do not let the foreigner joined to the Lord say,
‘The Lord will surely separate me from his people’;
and do not let the eunuch say,
‘I am just a dry tree.’
For thus says the Lord:
To the eunuchs…
…I will give, in my house and within my walls,
a monument and a name
better than sons and daughters;
I will give them an everlasting name
that shall not be cut off.
And the foreigners who join themselves to the Lord,
…these I will bring to my holy mountain,
and make them joyful in my house of prayer;
their burnt-offerings and their sacrifices
will be accepted on my altar;
for my house shall be called a house of prayer
for all peoples.
Thus says the Lord God,
who gathers the outcasts of Israel,
I will gather others to them
beside those already gathered.

Philip heard him reading from Isaiah and asked: “Do you understand what you are reading?”

The Eunuch responded: “How can I understand it unless someone interprets it for me?

What a great question. What a better place this world would be if more people understood that the Bible needs to be interpreted.

I do not believe God ever intended for people, on his or her own, to pick up the Bible, and arbitrarily lift scripture passages out of their contexts, and try to understand it or follow it. I believe this is one of the reasons that churches are in decline today. Too many Christians are using the Bible out of context to support all kinds of hate and injustice.

And because of that there are countless people in this world, countless people in this community, who are the victims of bad religion. They feel marginalized and disenfranchised by the church. They have been taught their entire lives that God despises them. They have no idea that God loves them and has a future for them— All because no one has interpreted the Bible pointing to the Jesus who came into the world, not to condemn the world by to save the world, to love the world.

The eunuch then began to read from chapter 53:

‘Like a sheep he was led to the slaughter,
and like a lamb silent before its shearer,
so he does not open his mouth.
33 In his humiliation justice was denied him.
Who can describe his generation?
For his life is taken away from the earth.’

Then Eunuch asked Philip, ‘About whom, may I ask you, does the prophet say this, about himself or about someone else?’

Then Philip tells the eunuch the good news. The one who understands your pain, the one who knows your heartache, who empathizes with your sufferings is none other than Jesus the Christ, the Son of God. The one who relates to you, identifies with you, and because of that, loves you, welcomes you, accepts you, and forgives you like none other, is the very one that others said despised you.

When the Eunuch heard this good news about Jesus, the words of the prophet became not only hope for the future, but good, glad, certain news for the present:

For thus says the Lord:
To the eunuchs…
…I will give, in my house and within my walls,
a monument and a name
better than sons and daughters;
I will give them an everlasting name
that shall not be cut off.

Suddenly, the barriers fell. Walls crumbled. Obstacles disappeared. And the very doors of the Kingdom of Heaven swung wide open.

It is then the Eunuch, this one who had no name and no future, but now has a everlasting name exclaims, “Look here is water! What is to prevent me then from being baptized?”

He commanded the chariot to stop, and both of them, Philip and the eunuch, went down into the water, and Philip baptized him.

What is it going to take to turn our declining membership around? What do we have to do to increase the number of our baptisms? Where do we even start removing the obstacles that prevent people from coming to know Jesus?