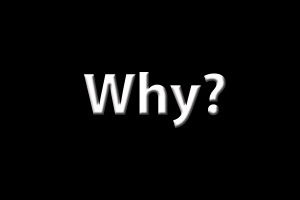 My wife Lori has always taken after her father: easy going, cool, calm and collected. She is never stressed, uptight, and never in a hurry. She is deliberate, slow, methodical, a mull-it-over kinda girl. When our realtor handed us papers to sign for the sale of the house this week, although it has been on the market for six months, Lori said she needed another day to sleep on it.

I will never forget the first time I put my moves on her. It was the last Thursday night of May 1986. We were on the campus of Wake Forest University for a week of orientation for the Baptist State Convention’s Summer Youth Corps program. We were taking a crash course to learn in one week how to be a youth minister for the summer. Following a worship service that evening, I made eye contact with Lori and sashayed myself over to meet her on the other side of the room. With words that were as smooth 19 year old face, I asked her to go outside with me to take a walk. I then turned and walked toward the door with utmost confidence that she was going to be following right behind me. As soon as I got outside just knew I was going to turn around and see her standing there smiling from ear to ear. However, I turned only to discover that I was standing outside by myself.

I stood there all alone and waited. A couple of minutes passed by, seemed like a couple of hours. I peeked in the window and saw her just sitting there inside, like she had nowhere to go. Five more minutes passed. And just as I was about to turn and give up, go back to my room rejected and dejected, she finally came outside.

The fisherman who were called by Jesus responded in a very non-Lori way. Jesus did not have to wait. There was no hesitation, no reluctance, no qualms whatsoever on the part of the fisherman. When Jesus called, Mark says that they “immediately” followed him. And not only did they follow Jesus with immediacy, Mark also tells us that without any dillydallying or shillyshallying the fisherman left their families and their businesses to follow Jesus.

I believe this is the most perplexing part of our scripture lesson this morning. It begs the question: Why? Why did these fishermen immediately leave everything behind to follow this man named Jesus?

At first glance, we might assume that these fishermen simply did not have much to leave behind. We might assume that they were poor, destitute hobos where were fishing for their next meal. And any change in their life would be a good one. Any move in their life would be one in the positive direction. In their desperate circumstance, there was only one way they could go and that was up.

However, we learn in this story that this was certainly not the case, because hobos do not work with their fathers and hired hands. These were successful fishermen who had security working in a family business. They were like most Jewish men. They had a family. They had a wife. They probably had children. But as soon as Jesus called, they immediately left it all behind to follow.

So they mystifying question is “why?” Why would these fishermen forsake all that they were and all that they have to follow Jesus?

Well, we could suppose that these fishermen believed they would somehow be rewarded for following Jesus. There was something to be gained. However there is nothing in this text that would lead us to believe this is the case. And nowhere in the gospels are we ever told that Jesus promises these fishermen any reward. There is no promise of more money, more friends, more influence, or more respect. The other thing we know they are ever promised by Jesus is persecution and conflict.

The church I served in Winston-Salem had a men’s choir that sang on special Sundays. They proudly called themselves: “The Singing Fishermen.” Although many of them loved to actually fish, they also understood that Jesus had called them to also fish for people. They understood that God has called them to catch people, to rescue people from the sea, to bring them on board, put them in the boat to experience God’s grace, love and mercy.

However, there is nothing in our scripture lesson this morning that indicates that these fishermen are able to understand this concept. After years of reading and studying the words and works of Jesus, we can grasp it. But how can we possible expect these first disciples to grasp it? How can we expect these to who prove over and over that they fail to understand Jesus to grasp this? After fish are caught, they die. They are gutted, cleaned, and broiled or fried. Then they are eaten. So what happens to people when they are caught? Knowing these disciples, I suspect that they are much more than a little confused.

So we are left with the question: why? Why do these men leave everything they possess, their jobs, their families, all forms of security, to follow this man named Jesus? Why do they give up a family business with a very secure future for some business that is ill-defined at best?

New Testament scholar Beverly Gaventa comments that there is absolutely nothing in these verses that tell us why these fishermen do what they do, why they leave it all behind to follow this man whom they cannot understand, on a journey that will perplex and confuse them, to a destination that is unspecified.

She continues: It is a faith that responds with immediacy to a call from outside, a call that must remain unclear for them, even frightening. Responding to Jesus provides the fishermen with no security, but rather with the promise of rejection and danger. But they respond nonetheless. Immediately, they follow Jesus. And we are still left scratching and shaking our heads asking: Why?[i]

Maybe this is the point that God wants us to take from this scripture passage. Could it be that our lives as disciples of Christ make too much sense?

Think about it. Is there any part of our lives that are as perplexing as the lives of the first disciples who forsook it all to follow? Do people ever look at who we are and how we act; do they ever look at our selflessness and sacrifice; do they look at our faithful and immediate response to our Lord, then scratch and shake their heads, asking: why?

Why did she agree so quickly to serve on that ministry team?

Why does he travel every year to Nicaragua?

Why does she want to go back to West Virginia?

Why does he give up a Saturday to build a handicap ramp?

Why are they bringing new underwear to church?

Why does she care so much for the poor?

Why does she visit the nursing home and spend valuable time with strangers?

Why does she tutor a kid that is not in any way related to her?

Why does he help prepare meals for people who have in no way earned it or even deserve it?

Why do they give sacrificially of their hard earned money to the church?

Why is he so kind?

Why is she so loving?

Why are they so forgiving?

Why are they so welcoming?

Why doesn’t he ever complain?

Why does he have so much joy in the midst of so much suffering?

Why did she go into the funeral home with so much hope?

And our only answer to these questions is because we have heard a call from outside. And with a faith that does not and cannot completely understand, we have responded to that call, and we follow.

[i] Sermon inspired from the comments of Beverly Gaventa, Texts for Preaching: A Lectionary Commentary Based on the NRSV—Year B, 1993.